Calella’s climate is a magnificent attraction. Every year, thousands of visitors come to the city to practice their favorite sport. Calella's mild climate, with an average temperature of 16.1ºC, sets the optimal conditions to practice outdoor activities and sports throughout the year.

Apart from the climate, the city offers other positive conditions to enjoy sport, such as its 2021 renovated facilities or its sports entities ecosystem. Let’s see Calella’s most popular sports: 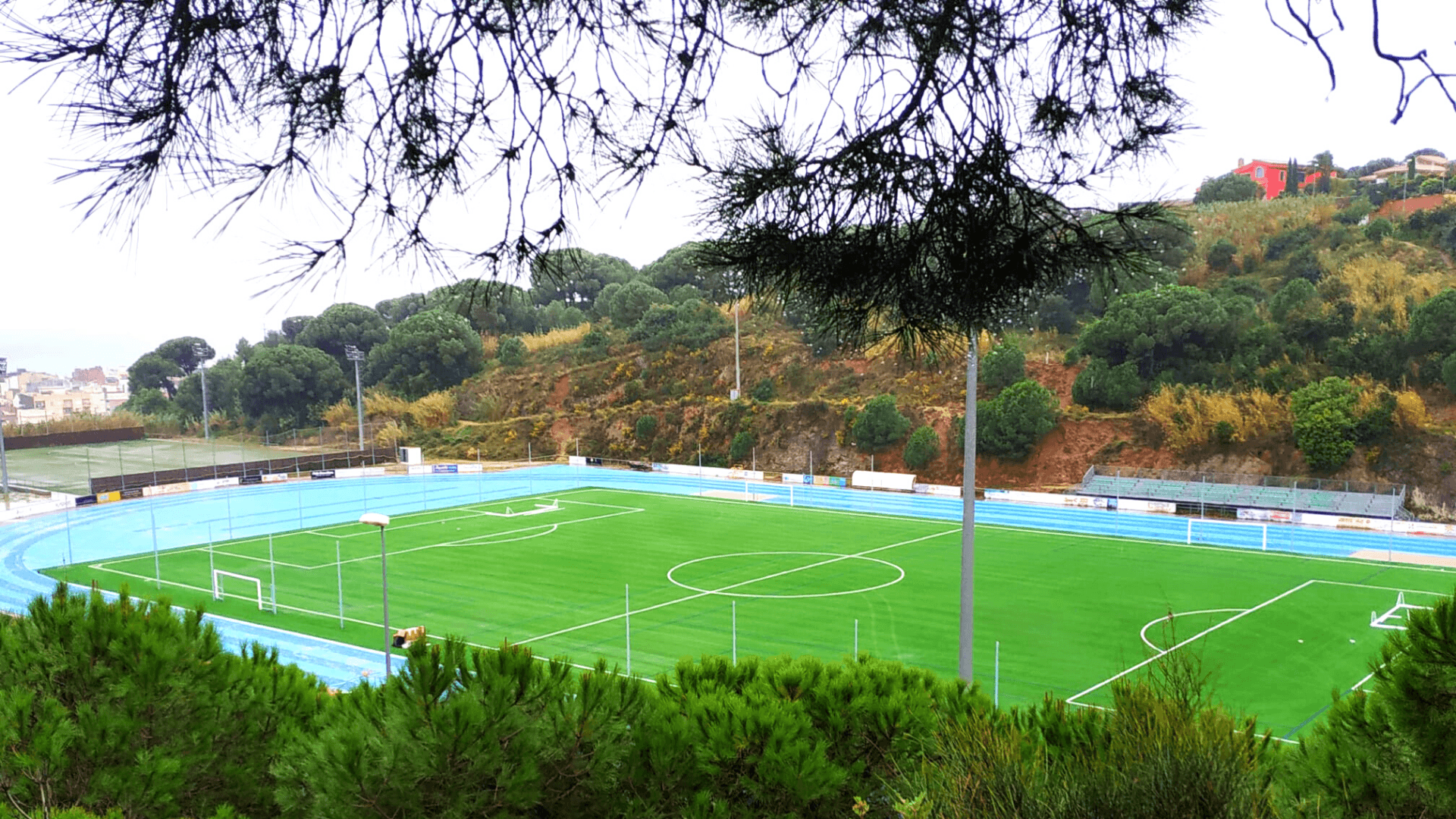 Calella’s beach has hosted great beach handball tournaments, such as “Trofeu Ciutat de Calella” International Tournament. This event has received hundreds of teams during its 37 editions. Calella offers an unbeatable environment for the practice of this sport. Moreover, the city hosts “UEH Calella”, a handball club born in 1982.

Tennis, table tennis and paddle tennis are also very popular in Calella. All of them are widely practiced in the city, at any time of the year. These sports have a great presence thanks to their respective clubs “Club Tennis Calella”, “Club Tennis Taula Calella” and “Pàdel Calella”.

The city inaugurated it Olympic Pool in 2004. “Crol Centre” has hosted major events such as the Spanish Swimming Championship and the World Swimming World Cup trainings. Its facilities receive constant improvements.

Calella’s “Water Sports Center” has been offering a wide range of nautical activities for more than 30 years. Water sports such as windsurfing, kayaking, sailing, etc. are practiced by its visitors. Besides, “WSC” also offers highly recommended aquatic leisure experiences.

Calella’s mediterranean environment satisfies every single cyclist. Road biking and mountain biking are extremely popular between the city’s population and visitors. The “NII” road runs along the Mediterranean coast offering incredible views. In addition, a few kilometers away from the city is located the “Montnegre” Natural Park, ideal for mountain biking.

“La Muntanyeta” new sports facilities will be inaugurated in spring 2021. These facilities include a completely new athletics track and changing rooms. In addition, the city holds a great relationship with this sport thanks to its local athletics club and the footprint left by the 1992 Barcelona Olympic Games.

“La Muntanyeta” facilities, which are goung to be inaugurated in spring 2021, will offer a completely new hybrid soccer field combined with new changing rooms. The other football field of the city is the emblematic "Camp de Mar". Located a few meters away from the Mediterranean Sea, this field hosts the centennial club "Club de Futbol Calella", created in 1917.

Calella was the Catalan city of basketball in 2018. Furthermore, its local club “Club Bàsquet Calella” is one of the most active institutions in the city. The municipal pavilion "Parc Dalmau" hosts their matches, offering an optimal space for the practice of this sport.

Finally, it is essential to mention the Triathlon. For more than 10 years, Calella has kept a very strong relationship with the world of Triathlon. The prestigious brand "Iron Man'' develops two annual competitions in the city. Calella’s unbeatable location offers  the perfect conditions to practice this sport. Several teams choose Calella as their training center every year.

Are you interested on a memorable Sporting Exeprience in Calella? Fill our Sporting Experiences Form.

10 tips on how to be green (Easy Edition)

Singing the Praises of Calella

5 tips to plan a sustainable vacation

Cookies are important for you, they influence on your browsing experience, they help us to protect your privacy and allow us to proceed with your requests that you demand through the website. We use our own and thirdparty cookies to analyze our services and provide you with advertising related to your preferences on the basis of a profile made with your browsing habits (for example, visited pages). If you consent to its installation, click on ‘Accept Cookies’, or you can also set your preferences by pressing ‘Cookie settings’. More information in our Cookies Policy.